Leave the pumpkin pie at home this year and try this amazing Homemade Sweet Potato Pie Recipe with Marshmallow Meringue! When it came to dessert time over the holidays there were always the usuals, apple pie, pumpkin pie, ice cream, etc.  However, I do remember one time someone, can’t quite recall who it was (maybe my Uncle Jack), who brought a sweet potato pie.

I couldn’t quite grasp the concept of a potato pie because to this point all I had been used to seeing was a sweet potato baked or sliced up and cooked.  It took several years after that for me to even try it.  After that first bite, I was so mad at myself for consistently passing on such a delicious dessert for all this time.

Sweet potato pie tastes similar to pumpkin pie but the textures are different and the flavors far more intense.  While a pumpkin pie is a bit dense, sweet potato pie are quite fluffy.  This pie offers the perfect flavor combination of sweet and savory and once you eat it, you’ll forget all about pumpkin pie.

If you consider that most pumpkin pies come from a canned pumpkin that has very subtle pumpkin flavors in comparison to this one that is bursting with deliciousness.

How to Make Sweet Potato Pie

Sweet potato pie has very similar ingredients to pumpkin pie except the canned pumpkin is replaced with fresh mashed sweet potatoes.  Here is how you make it:

2. While the sweet potatoes are cooking it’s the perfect time to make the crust.  Add the butter, flour, sugar, and salt to a food processor and pulse on high while slowly drizzling in water until it forms a meal.  The mixture will hold together if you squeeze it. 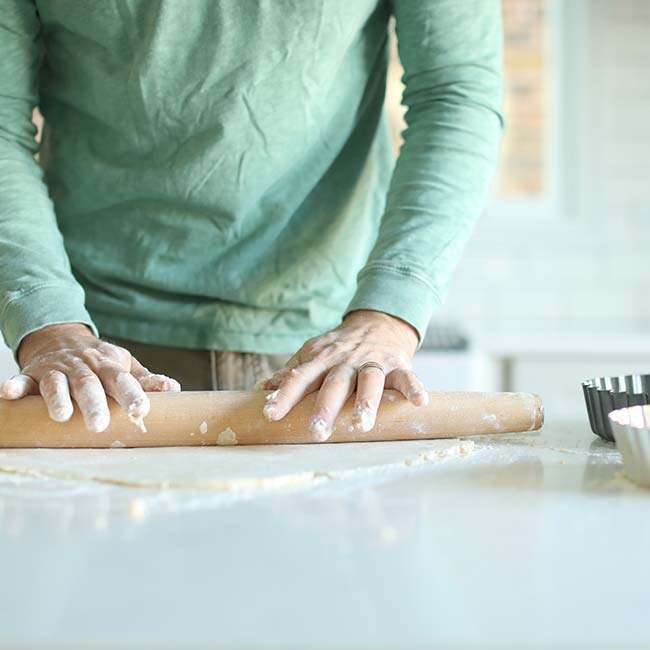 3. Roll out the dough until it is about ¼” thick and form it to a 9” baking dish and keep it cool in the refrigerator until it’s time to use it.

4. Once the potatoes are done cooking you want to peel them and mash them.  You can absolutely do all this in a standing mixer, using a hand mixer or a potato mill, which is what I do.  Sweet potatoes also mash pretty easy so don’t worry about being able to get them broken down.

5. Mix in the sugar, eggs, butter, milk, cinnamon, and nutmeg until completely combined and pour it into the chilled pie crust shell.

6. Place on a cookie sheet tray and bake in the oven at 375° for 60 to 65 minutes.  The pie will become firm in the center with little to no jiggle.

7. Remove the pie from the oven and set on a cooling rack to get ready for the marshmallow meringue.

Is Marshmallow the Same as Meringue

Marshmallow is not the same as meringue.  Marshmallow whip which comes in the form of a fluffier easy to mold mixture since it does not have gelatin in it as marshmallows do.

Merengue, on the other hand, is simply egg whites whipped with a stand mixer or hand mixer with cream of tartar and sugar to form soft to stiff peaks.  Marshmallow is not similar to merengue but can be combined to make marshmallow meringue.

How to Make Marshmallow Meringue

Now you want to add the marshmallow fluff and whisk on high speed until stiff peaks are formed which means when you remove the whisk attachment the tops of the marshmallow meringue will stay perched.

Transfer the meringue to a piping bag and add 1” tall dollops of the marshmallow meringue to completely cover the top of the sweet potato filling. 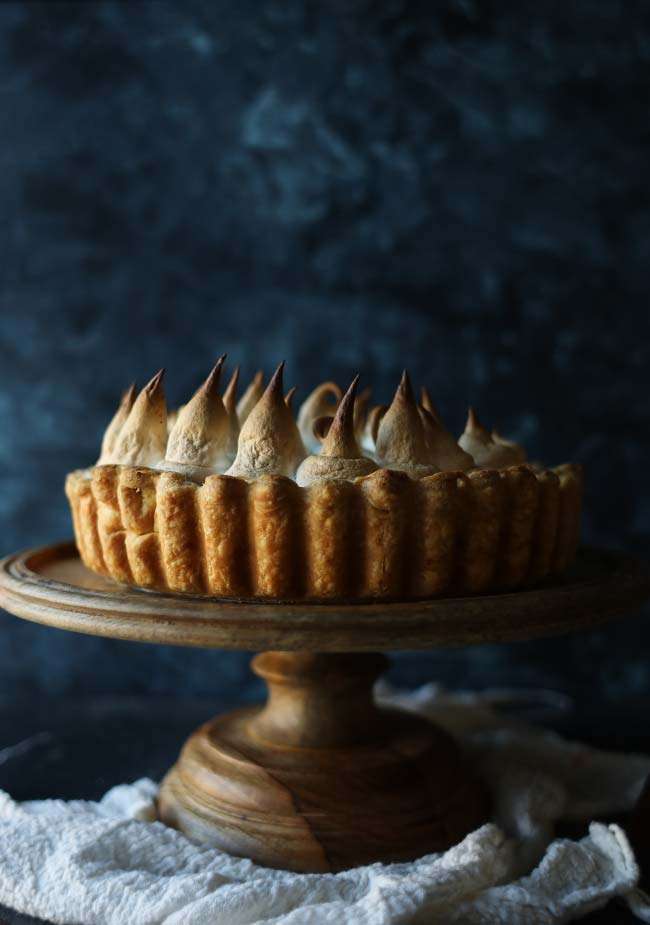 Can You Freeze It

Sweet potato can be frozen, and it would be best to do so without the marshmallow meringue on top.  Cover it completely in plastic wrap or in a container and freeze for up to 3 months.  Thaw it in the refrigerator for 1 day before adding on the merengue and browning it.

How Long Does It Last

This pie will last covered in the refrigerator for up to 5 days.  It’s important to keep it completely covered or else it will absorb any unwanted refrigerator smells.

This recipe is nothing short of delicious and is guaranteed to be a people pleaser! 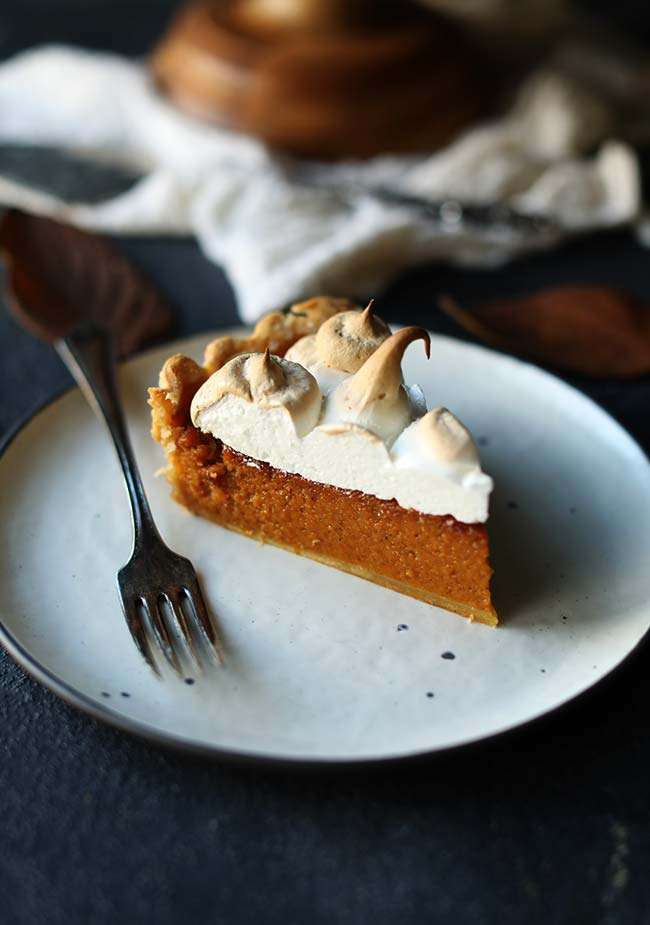 How to Serve: Most of the time sweet potato pie is served cold, but if you are one of those who like warm sweet potato pie, simply heat up a slice in the microwave for 30 seconds.

How to Store: This will hold in the refrigerator, covered for up to 5 days.  Likewise, sweet potato pie freezes well covered in plastic for up to 3 months.  Be sure to freeze without the meringue.  Completely thaw in the refrigerator for 1 day before slicing and serving. For the Marshmallow Merengue: