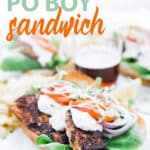 Alaska Cod Fish Po Boy Sandwich Recipe that is served up on a hoagie bun with lettuce, tomato, onion and a homemade tartar sauce. This is a sponsored conversation written by me on behalf of Alaska Seafood Marketing Institute. The opinions and text are all mine.

I absolute love a good fish po boy sandwich recipe, and this one just hits the mark.  The combination of the blackened Alaska cod and the homemade tartar sauce is just so good.  I’m not even kidding, whenever I go out to eat and I see a fish po boy sandwich on the menu, I order it 99% of the time.  In addition, if you are observing Lent, this delicious Alaska cod white fish sandwich won’t even make you miss meat!

WHAT IS A PO BOY SANDWICH

Po Boy sandwiches originated in New Orleans in the 1800’s and originally was a fried oyster sandwich, and sometimes shrimp was used.  While the origin of the name po boy isn’t exactly known, many think it was named from the folks that visited the French market in New Orleans such as farmers, dock workers and other “poor boys,” hence the name po boy.

While no know one may know where the name came from, boy oh boy is it delicious.

HOW TO MAKE IT

While you know I like to keep things traditional, I’m always interested in creating my own version of my favorite dishes  Instead of fried oysters, I thought some blackened Alaska cod would be amazing on a po boy sandwich.

No matter the fish I’m eating, it’s really important for me for the fish to be wild caught and sustainable, and fresh Alaska cod hits all those important criteria.  Cod is a very light white fish and the flavor is incredibly mild which makes it ideal for blackening . 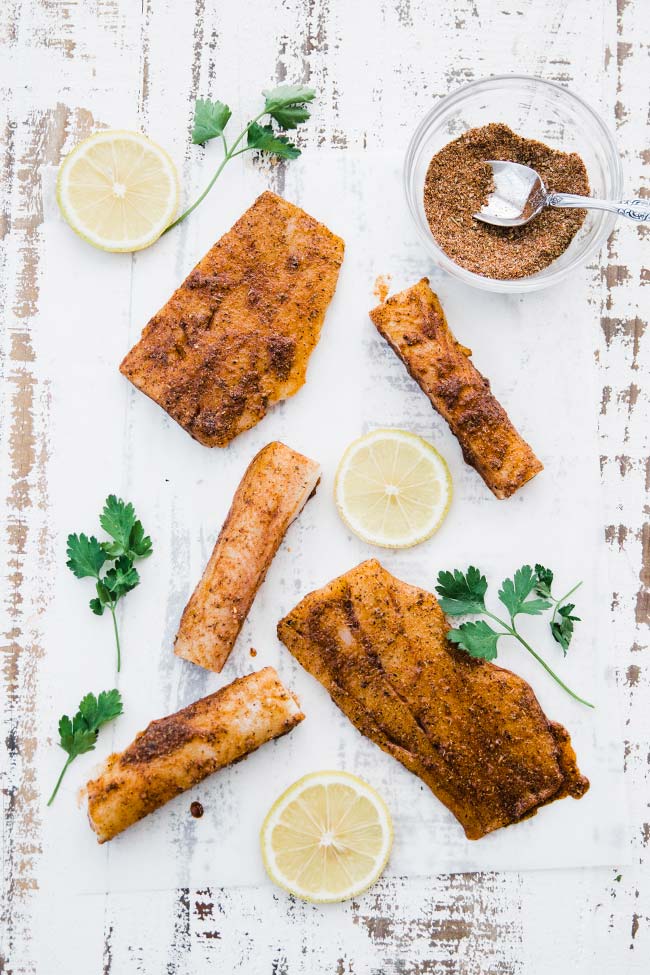 I always start by making my own blackening seasoning and then mixing it with some oil. From there I dredge the Alaska cod into the blackening mixture and then I simply fry it up.

You can deep fry it if you’d like but I prefer to properly blacken it by frying in a bit of oil in a cast iron skillet. Once the fish is done cooking, set it to the side on a paper towel and get it ready. Everything that is homemade just tastes so much better. Sure, you can buy tartar sauce from the store, but if you make my recipe, I can promise you it will be the last one you ever use.

Tartar sauce is simply mayonnaise, shallot, garlic, pickles, salt and pepper.  Yup, that’s it. I did throw some other things in there like capers and parsley but for the most part it is incredibly easy to make. TOPPINGS FOR THIS SANDWICH

In addition to the tartar sauce the other things I add onto the sandwich are lettuce, tomato and thinly sliced red onion.  With that being said you don’t need to stop there.  You can use pickled onions, pickle slices, cheese, micro greens, I mean seriously the possibilities are endless.

Whether you’re making this  or another recipe, it’s important to be able to use ingredients that you love so that your recipe will taste the exact way that you want it to. If you love this po boy sandwich recipe then check out these seafood recipes!