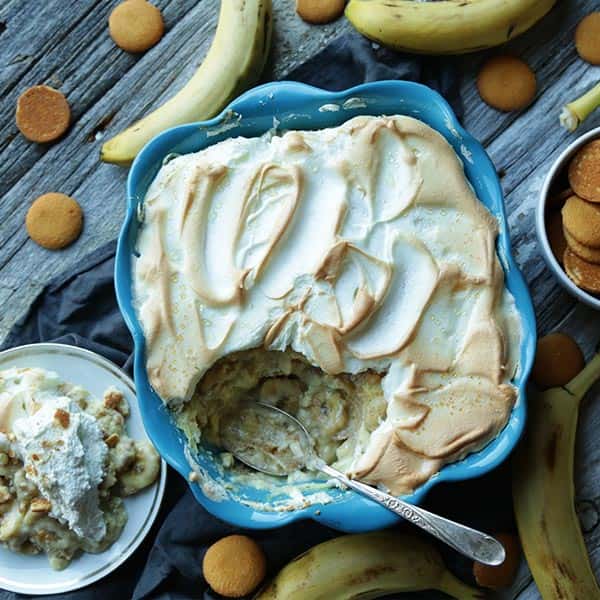 If you’re a huge fan of football and love tailgating then you have to make it down south for a game, because once you’ve had this Southern Banana Pudding Recipe down there you’ll never want to come back!  I love the south so much I try to move down there at least once a year.  Well you see how well that’s turning out considering I’m still in Chicago, but hey you gotta try right?  The south just does it on a different level and it is literally a sport to them.  They have some of the most done up and high end tailgates you could ever imagine, all while being some of the friendliest folks on earth, even if you’re from the opposing team.  If you do get to venture down south for a college football game, I’m about 99% sure you’ll be served up some banana bread pudding and once you try it you’ll be making it at home in no time.

While banana pudding is a southern staple dessert, my bet is you’ll find it everywhere and not just at tailgates.  However, I will note that I first had banana pudding at a tailgate, but it was in Missouri.  Definitely a more mid-west state but hey the school is in the SEC now so that means we have been adopted by the south haha.  While my recipe for banana pudding is a little more classic and extravagant, the easy version involves a pudding packet which significantly cuts back on time for making this.  I’m only telling you this because if you want to make but don’t have a ton of time to do it, then consider using a vanilla pudding packet.  If you have time, then you better make this recipe because it’s worth it! I remember the first time I had it and I asked what was in it and could not believe how easy it was to make.  I mean it’s literally vanilla custard, vanilla wafers, bananas and meringue.  Super simple!  Ok I added whipped cream to mine because I have a serious sweet tooth!  For that delicious sweetness I used Bob’s Red Mill Cane Sugar which I put in the custard, the meringue and the whipped cream.  The Bob’s Red Mill Cane Sugar is made from simple sugar cane. The fine golden crystals are scrumptiously sweet with just a hint of caramel and excellent in my Banana Bread Pudding.  In fact, I use it in just about everything that needs a touch or a lot of sweetness.

Making the custard is incredibly easy to do, I just takes a whole lot of stirring so get your whipping arm into shape.  Once you scald the milk you next add in the flour which will help thicken it.  From there it’s all sugar and egg yolks to bring it home.  The eggs will help provide body and flavor to the custard but you have to watch it extremely close as the mixture can go from custard to scrambled eggs pretty darn quick.  Set it aside while you beat the eggs whites into oblivion to make a merengue.

You will also need whipped cream for this and while I’ve seen cool whip used a million times over in this recipe, I suggest you leave that in the freezer and make some homemade.  I say it all the time, but there is NOTHING like homemade whipped cream, nothing.  Not-too-mention it is very simple to make.  You whip the heavy whipping cream with sugar until stiff peaks are formed, that’s it.  You can do this by hand, with hand beaters or a much preferred standing mixer with the whisk attachment.  Whipping this with your arm will make you wish you didn’t but I do believe that everyone should have to do it at least once in their lives so you can remember all the people hundreds of years ago that did it by hand J. It’s all about the layers so be sure to fit at least two in there before serving it up! This beauty bakes in only 30 minutes, and from there you cool it overnight and serve it to the masses the next day for a top-notch tailgating dessert!  If you’re anything like me you shove this thing in the freezer so it cools asap for quicker consumption.  Ain’t no body got time to wait till tomorrow!! Pin the big guy below and give this Southern Banana Pudding a try, even if you live up north 🙂 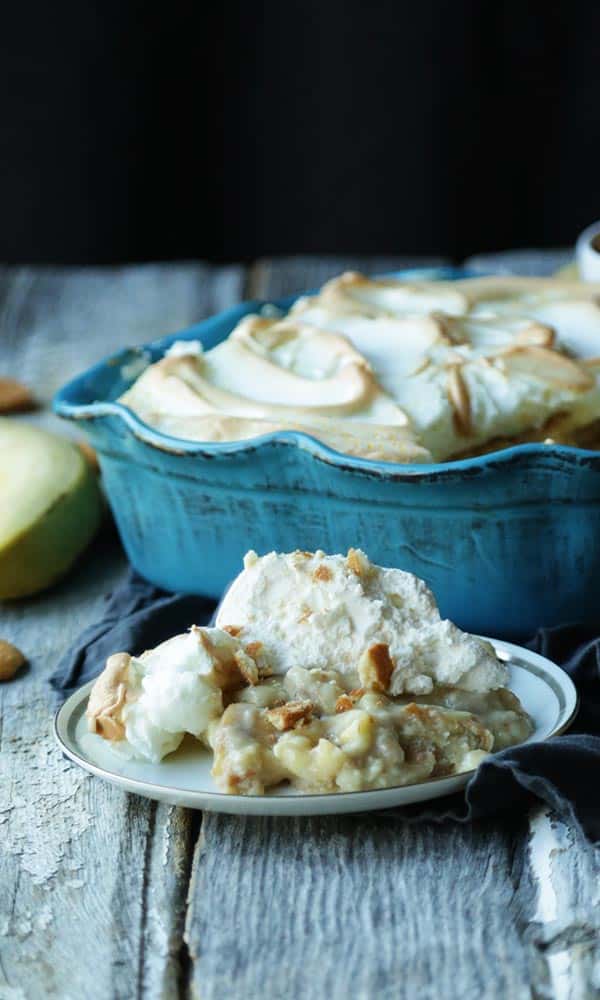 For the Whipped Cream: