Learn how to make this large round classic French boule recipe using a poolish to leaven the bread for a delicious dark brown crust. 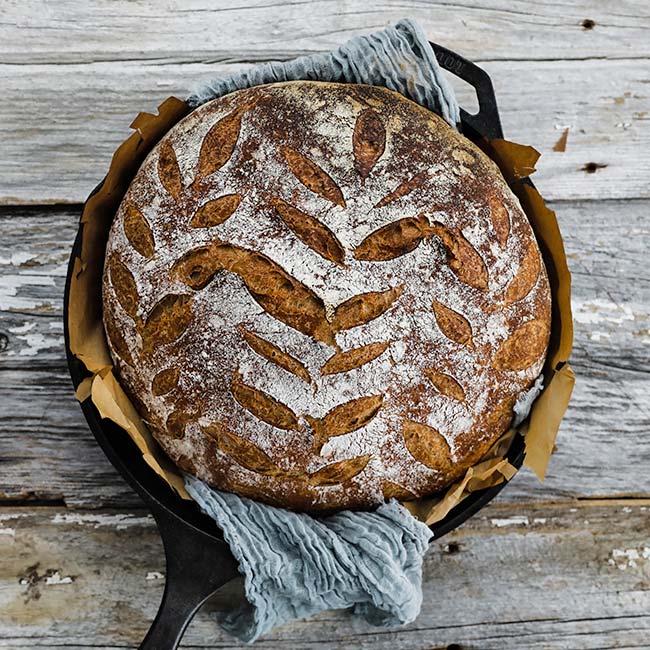 So, I’ve made a sourdough starter (Levain), I’ve used in a Graham Flour recipe, I’ve used a biga as a preferment and now I’m going to make a boule recipe using a poolish.  A lot of bread making the past few weeks, but if you’ve ever been interested in baking bread then all of these recipes need to be at the top of your list.

For some reason in the states, you buy a machine and boom out comes a loaf of bread 3 hours later.  I’m here to tell you that is not bread making and not how it was intended to be made.  Making delicious bread takes time and love.  Do you think they’re using bread makers at a bakeshop?  I don’t think so.  If you don’t have 28 hours to wait for bread, maybe you can wait for 18 with this French boule recipe using a poolish.

What Is a Boule

A French boule is an incredibly old recipe for a large bread recipe that appears as a flattened ball.  It can range in sizes but mostly it’s on the bigger side of homemade bread.  A boule can be made with all sorts of leavening agents whether that be a levain, a pre-ferment or yeast as well as different flours.  The reason a French bakery is called the boulangerie is well, because of the boule.

If you’ve ever seen movies that are based in medieval times or all the way bake to BC days and you see people carrying around big loaves of bread, then you’ve seen a boule before.

A poolish, similar to that of the Italian biga, is a preferment.  You use 50% of your total flour and 62% to 65% of your total hydration mixed with a small amount of yeast and then let it ferment for 10 to 24 hours.

The difference between a poolish and a big is that a poolish uses higher hydration during the pre-fermentation process which really brings out some strong alcohol odors and really complex flavors.  While a poolish isn’t a full fermentation like a levain, the gluten is still broken down and good bacteria is being formed. A poolish can be used in just about any of your bread baking recipes.

Making a Boule With Poolish 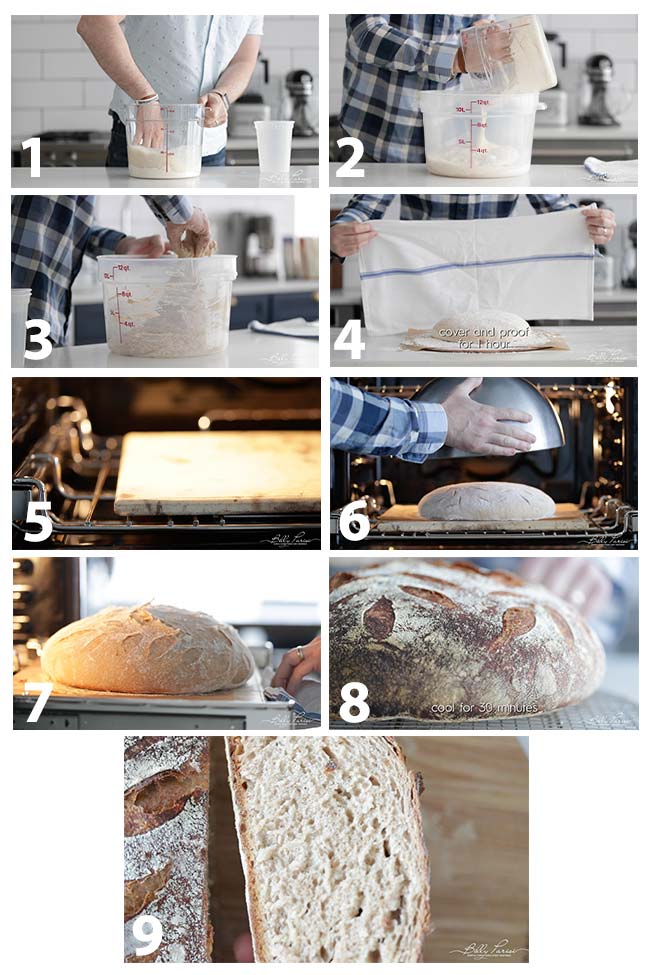 1. Mix together 50% of the total flour with 62% of the total water at 80° to 82° and a small amount of yeast in a large container until completely combined. Cover and let sit at room temperature for 10 to 24 hours.  The longer sits the more intense the aroma and flavor.

2. In a separate large container mix together the remaining flours, salt, yeast.  Pour the water at 105° to 107° into the container with poolish to help loosen it up and then pour all of it into the container with the flour, salt, and yeast and vigorously mix by squeezing and folding until combined, mix for about 3 to 4 minutes.  Cover and let rest for 20 minutes.

3. Fold the dough by stretching and turning 6 to 8 times every 20 minutes for 60 minutes.  Cover and rest for 2 hours.

4. Transfer the dough to a floured surface and form it into a medium-tight ball and then transfer it to a heavily floured bread proofing basket.  Dust the top of the dough with flour and cover and proof for 60 to 90 minutes.

6. Invert the bread right onto the hot stone.  Score with a blade if desired, however, it is not necessary.  Cover with a large metal bowl. If you do not have a large metal bowl then add 10-15 ice cubes to a casserole pan and put it on the bottom rack of the oven that you are baking in. Storing and Freezing: If this bread isn’t gone the first day, I cut it into fourths and place them in plastic zip bags.  In addition, this bread freezes and thaws great so if you can’t eat it then the freezer it is!

This classic French boule bread recipe uses a poolish pre-ferment, the bread contains a higher acidity level allowing it to last for up to 10 days.